My second shoot on Saturday was the lovely Paul, Delma and their gorgeous dog Lenny!

Paul and Delma are actually the parents of one of my 2015 grooms Rick whose stunning wedding to Aneliese I shot at Narborough Hall. So I had already met Paul and Delma albeit around 18 months ago!

The family had bought the shoot for Paul and Delma for their 36th wedding anniversary which I think is just the most special gift. Delma admitted it’s not something she would have thought of doing themselves believing shoots were for ‘young people’ (her words!) On the shoot though they said it was wonderful to be able to have a shoot to celebrate their amazing marriage, still going strong and 4 lovely children!

If anything I almost think it is more important to have a couple shoot when you have been together a while, whether months, years or decades staying together nowadays is a real achievement and the connection is something wonderful to capture.

I asked them what the secret of such a long happy marriage was… Paul said “He does as he is told” (very wise!) and Delma said “To keep working at it.”

We had a great time in the woods and on the beach, they brought along their dog Lenny and dog handler daughter Frankie (thanks Frankie!) so I just had to share one of the shots with him!

I have lots more gorgeous shots but for now here is their sneak peek! 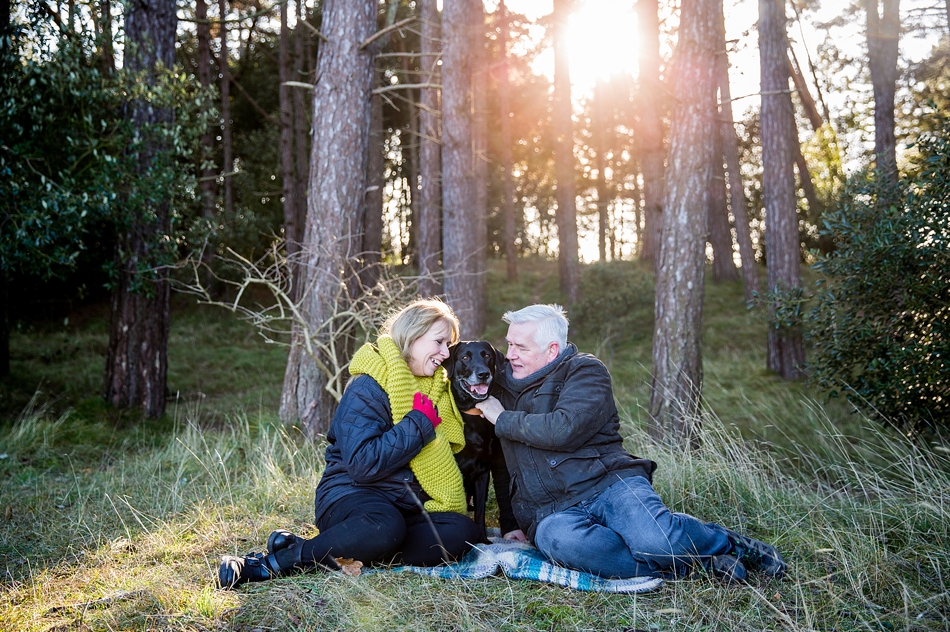