Tony and Sally have been together just three years. They met and became friends through work around ten years ago! Over time that friendship turned to love (though sally was rather confused when Tony started flirting with her!)

After every girls dream proposal at Disneyland they began to plan their wedding and got in touch super fast to see what dates were available. They decided on a Spring wedding at the incredible Voewood and I honesty can’t wait to capture it for them.

They booked their engagement shoot and as they met in Norwich we decided to celebrate the beautiful old streets and locations. Its ages since I had a city shoot and it was so much fun, they even introduced me to some new secret little spots I hadn’t found before! We wandered round chatting about their plans for the day and they have another idea or two, beautiful photographic opportunities which I will keep under my hat for now but I am seriously excited about!

Tony even said at the end he had really enjoyed himself and I think Sally’s nerves for photos on the day are officially gone! I can’t wait to shoot these two again in a few weeks time, for now here is their slightly misty sneak peek… 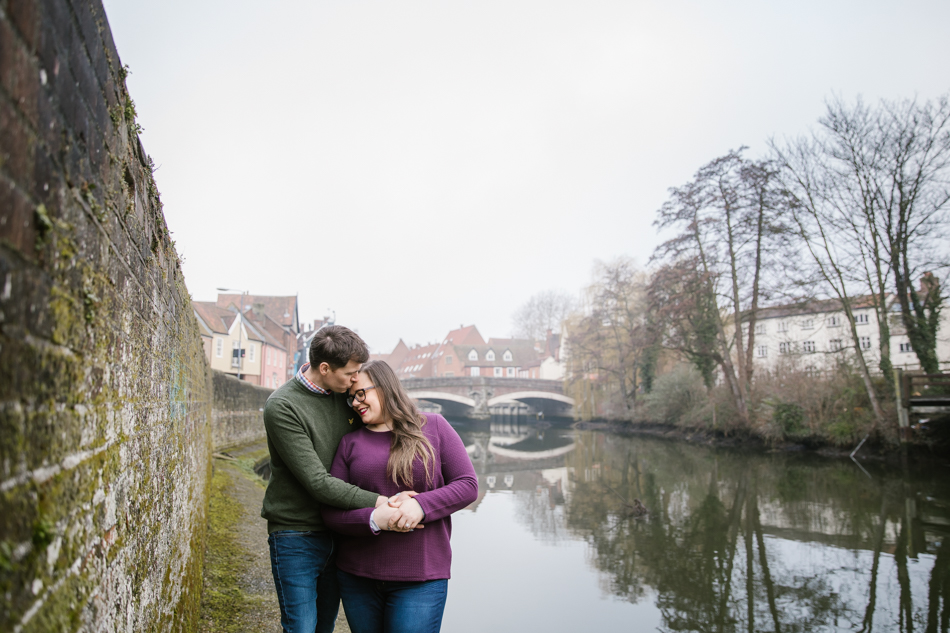