I say it every week but wow…. what a wedding I had on Saturday!

It was Tito and Emily’s big day and they had chosen the beautifully relaxed Chaucer Barn for their day and despite a little bit of worry with the weather it was a beautifully chilled out day.

Tito and Emily have been together for 10 years… to put that in context they were 14 years old and met in maths class. I am not sure I have shot the wedding of a couple who have been together since they were so young before. Fast forward 10 years they have added their little dog Ruby to the family and just bought their first house… and they are only 24! 24 seems young and indeed nowadays people tend to marry when they are late 20’s early 30’s but the fact they have chosen to say ‘I do’ at just 24 possibly tells you a lot about them. Having not met them until the wedding I can only interpret what I can from the day itself but oh my these two are so in love. For just 24 they are kind, relaxed, down to earth, mature, funny and honestly really seem to cherish each other.

I met the girls getting ready in the morning and there was lots of talk about the weather! It was ‘meant’ to be raining but we had blue skies followed by black clouds, followed by light drizzle, followed by blue sky all over again. It was one of those days you just can’t call and with Emily keen for an outdoor ceremony we waited until the last moment before they made the call and outside it was!

As soon as I saw Emily’s dress I was in love. I have a little confession that when Rob and I get married this is very much the kind of dress I would love… at heart I am very much a boho queen (don’t tell Rob)! Emily wore some shoes for the ceremony that soon came off and she went barefoot the rest of the day (yes my kinda girl!) and getting into her dress with the help of her sister Fallon she looked incredible.

The ceremony was emotional. One of the most emotional I have shot in a long time with tears before it even began and as Tito looked across the field as his beautiful wife walking across with her dad I think he was rather overwhelmed. I’m not sure if Emily is a cryer but actually the sneak peek I chose to share is of Emily getting emotional during one of their Grandfathers singing in the ceremony and I have to say it was so special.

After their confetti and a walk back across the field they had some time with their guests before we started their group photos. After these we headed out for some couple shots and were in the lower meadow when the sky went black! These guys are truly up for anything and we ran back up the hill to capture that big black sky before the rain arrived just as everyone had taken their seats for the meal.

They decided to do their speeches before the meal and we had Ian’s (Emily’s Dad) which was beautiful followed by Tito who’s was so heartfelt as he thanked their families for all they have done for them. They then decided to leave the best mans Chey’s to between courses as the rain was so heavy it was getting harder to hear! Well it was totally worth the wait, one of the funniest best mans speeches I have heard in a long time and Chey is actually only 19! He has very much grown up both with Emily as well as Tito and by the ribbing it was clear They seems to love Emily like a sister already.

After the most amazing Paella by Leigh Catering (seriously check these guys out if you are looking for something different) they had let us in on a surprise that they were having a singing waiter! Well his act included falling across the room and then a brilliant 30 min set of songs to really get the party started and he was brilliant.

We snuck off as the sun got low for some golden hour images with their little dog Ruby, seriously these guys had all the epic weather! They had a magical first dance and then after a few songs I left them dancing the night away and the guests lining up for crepes. 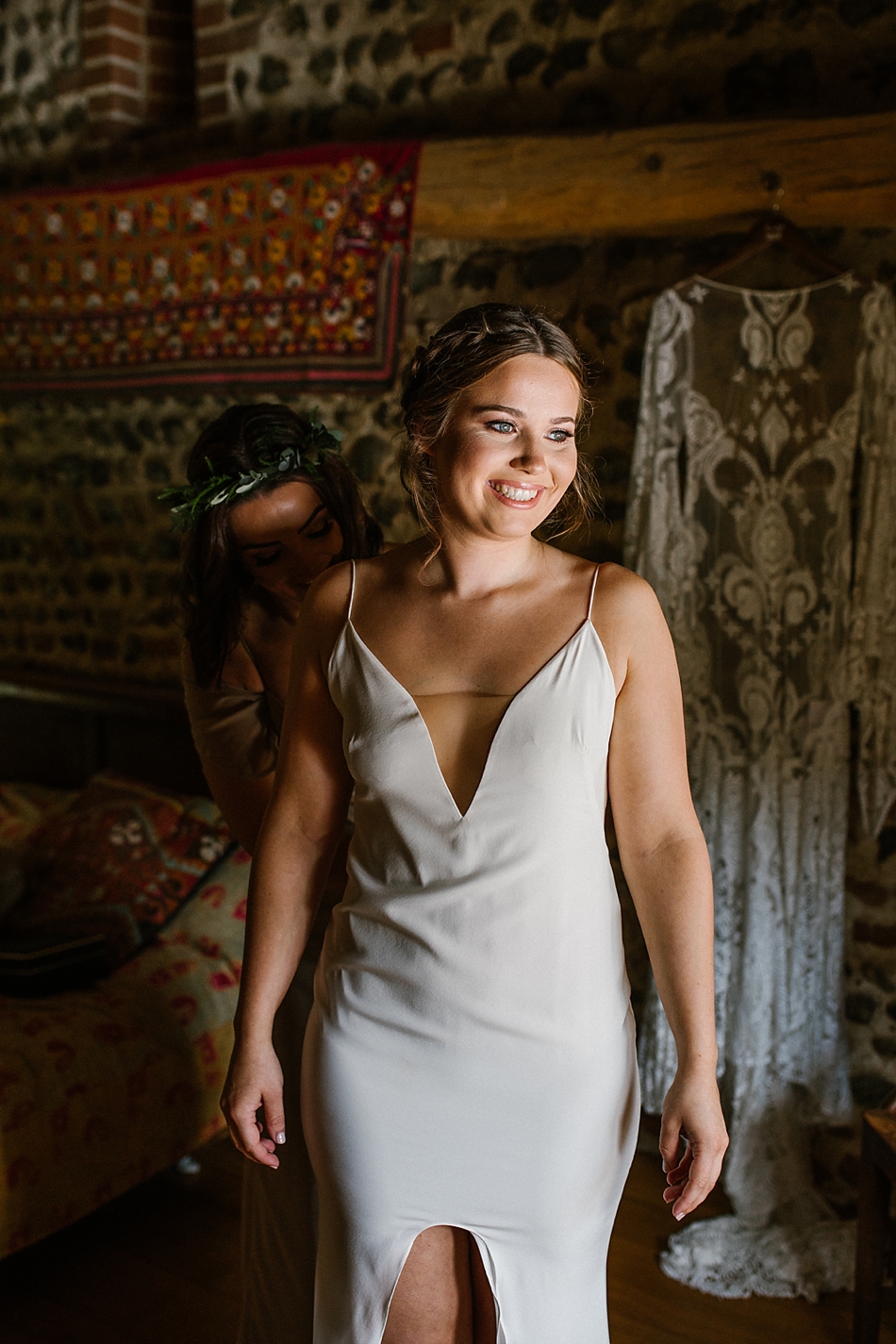 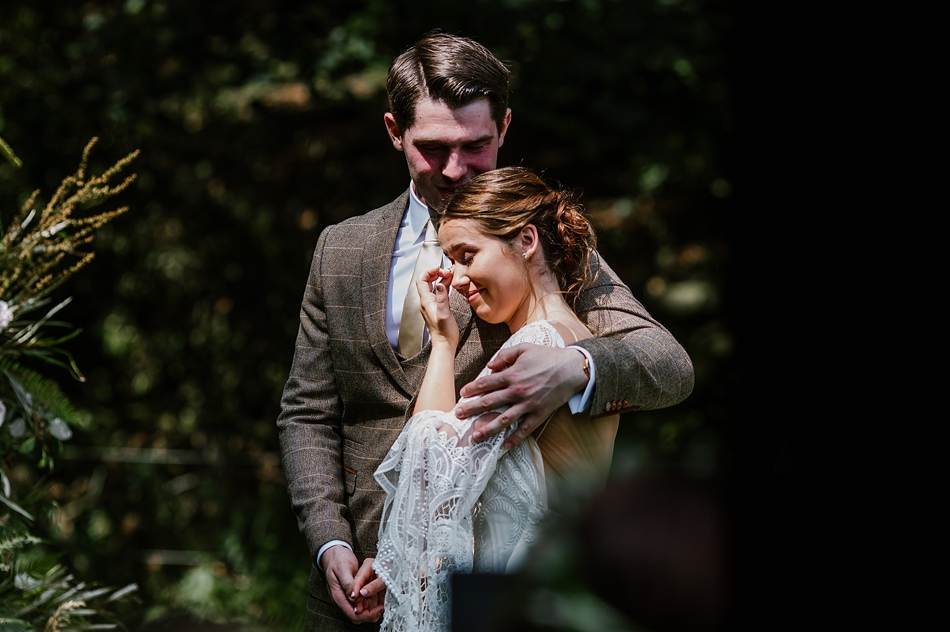 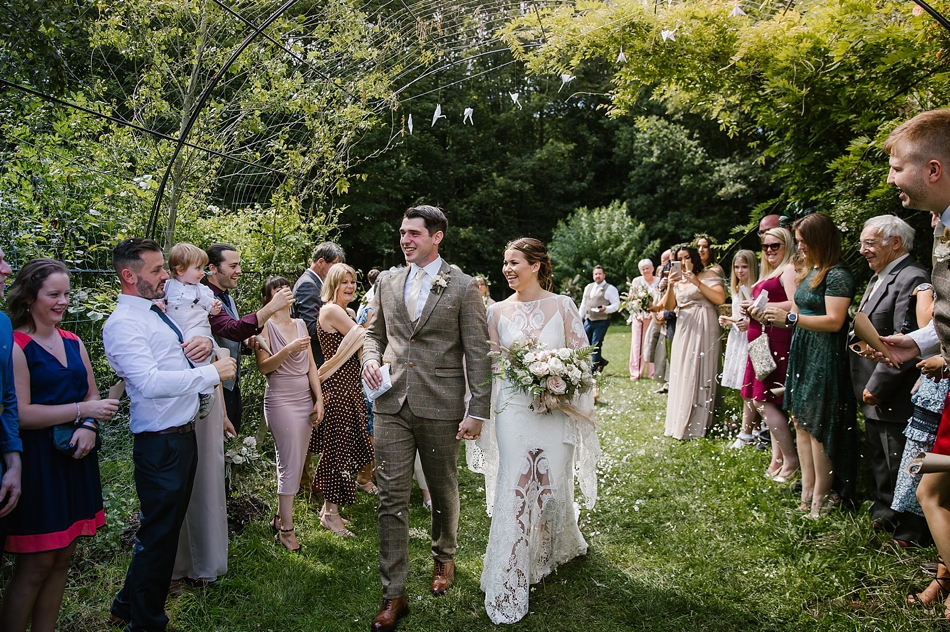 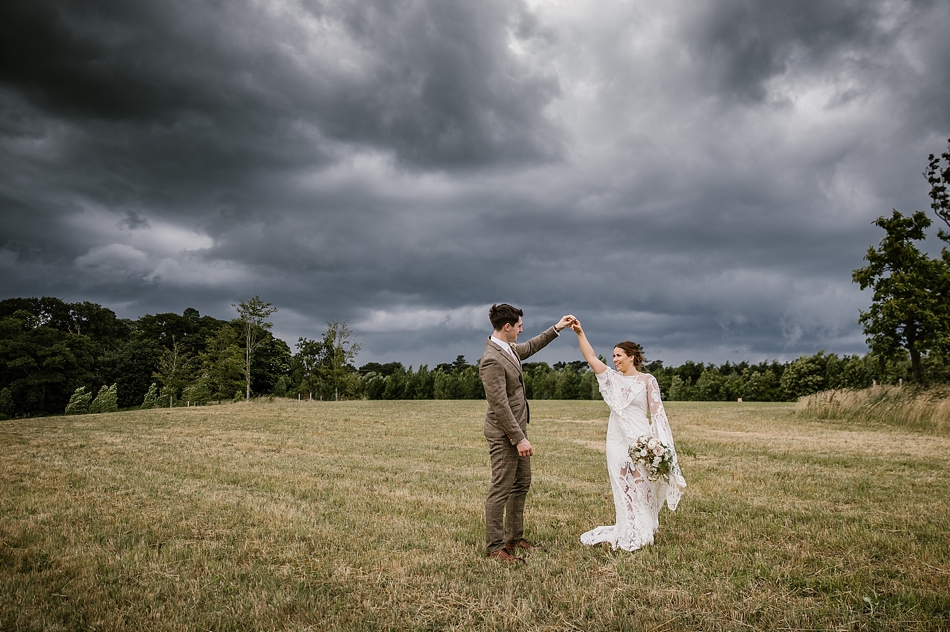 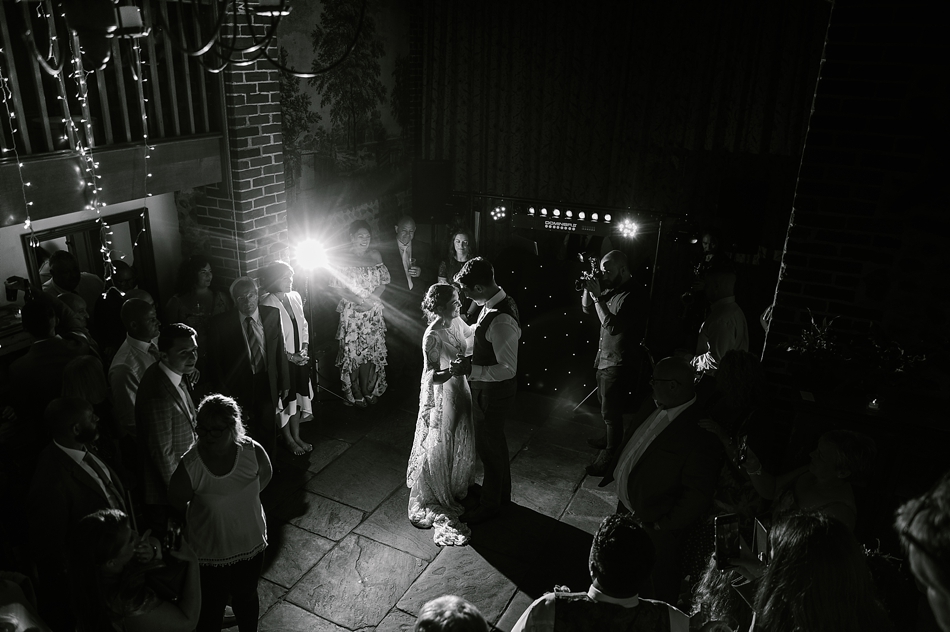