This week I have three weddings in 8 days at some of my all time favourite venues!

First up was Simon and Beth’s wedding on Saturday at the incredible Pentney Abbey. I have only shot at Pentney once before and I was super impressed. It is an incredible building and was thrilled that Simon and Beth chose not only to have the ceremony in the amazing Abbey itself but also to get ready in the cottages there!

So Cara and I headed to meet Beth and her girls on Saturday morning. With 6 bridesmaids, mum, her sister in law and little nephew it was a busy house and everyone was getting super excited having their hair done, helping each other with makeup and popping champagne. They are such a lovely group of girls Cara and I had such a fun morning with them.

I then headed over to the boys and having never met Simon (or Beth) before they couldn’t have been more welcoming. Simon gave me a big hug as soon as he saw me and told me how happy he was I was shooting their day and I felt honoured. Simon is just the nicest guy ever and I had a lovely time with them cajoling the guys into their suits and helping with button holes. At the end Simon’s dad had a gift for him from Beth and I have to say there were a few tears as he opened a box of beautifully thoughtful presents including the most wonderful album of memories from their relationship so far.

Back over with the girls Beth gave out presents for her bridesmaids and then opened a beautiful basket of gifts from Simon and he had also made an amazing album of their relationship, these guys are so thoughtful and of course there were a few more tears!

Beth got into her dress and looked just incredible. After a few moments to get some shots of her all ready to go in the pretty cottage bedroom she headed downstairs to meet her Dad and bridesmaids who were all blown away.

Over at the Abbey guests were arriving and taking their seats and they had a really beautiful ceremony with two lovely readings before walking back down the aisle and heading into the side room while their guests assembled for some awesome confetti shots.

They had drinks and canapés in the Abbey garden in the sunshine and we captured their family photos before everyone headed to the barn and the ice cream van waiting for them.

We headed off for their couple shots round the Abbey before the guests were seated for a delicious meal. After dinner it was time for speeches which were just brilliant especially Simon’s who even had me welling up talking about how wonderful Beth is!

After dinner we did a bouquet throw and then headed back to the Abbey for  a few more shots inside the incredible building.

They had a beautiful first dance and after a very special night shot we left them to fish and chips and dancing the night away with their guests.

I adored this wedding and Simon and Beth felt like old friends by the end of the day.

Huge thanks to all their friends and family for being so welcoming, Pentney staff including Holly for looking after us and Cara for assisting. I have so many more to share but for now here are my favourite five… 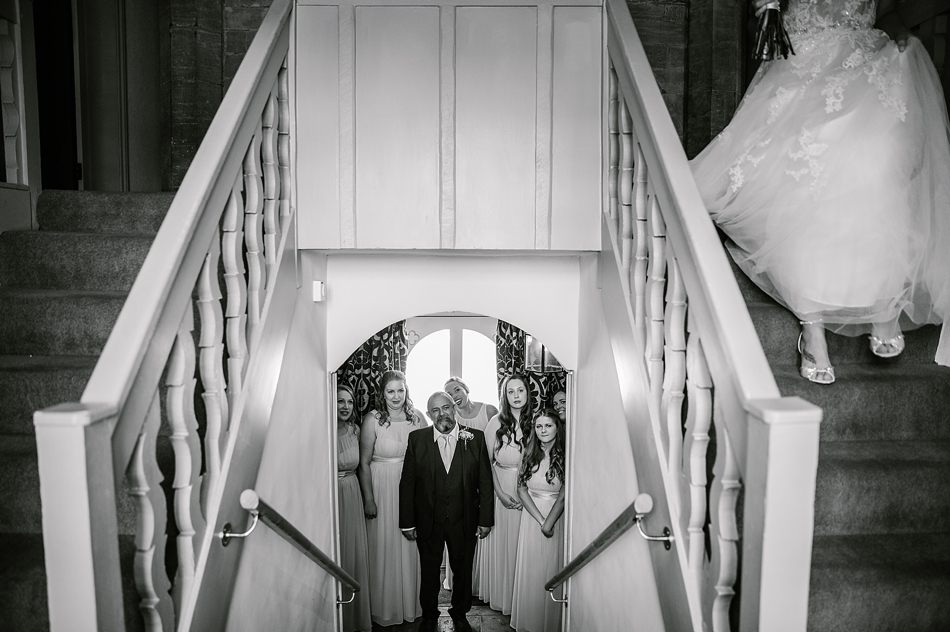 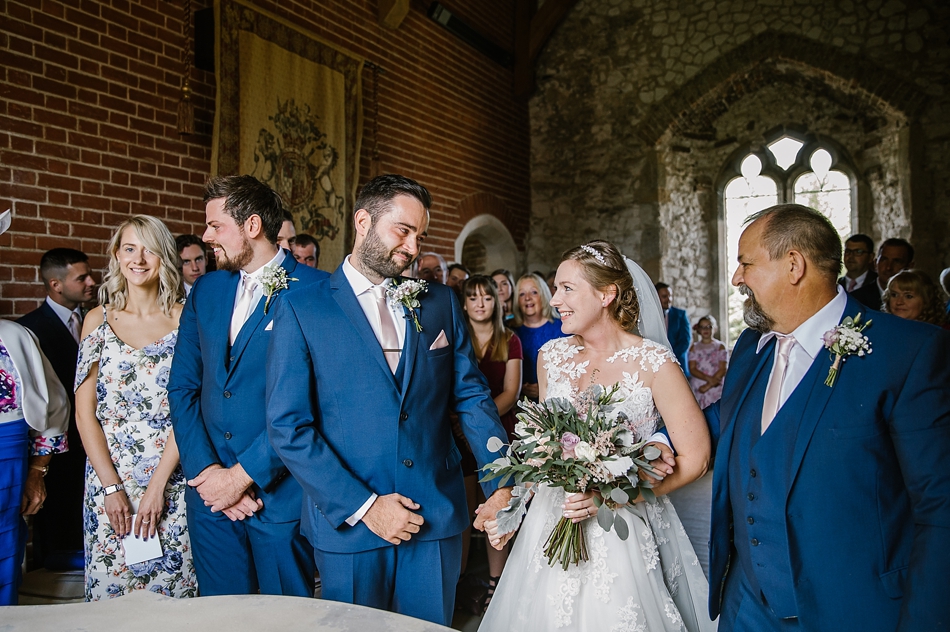 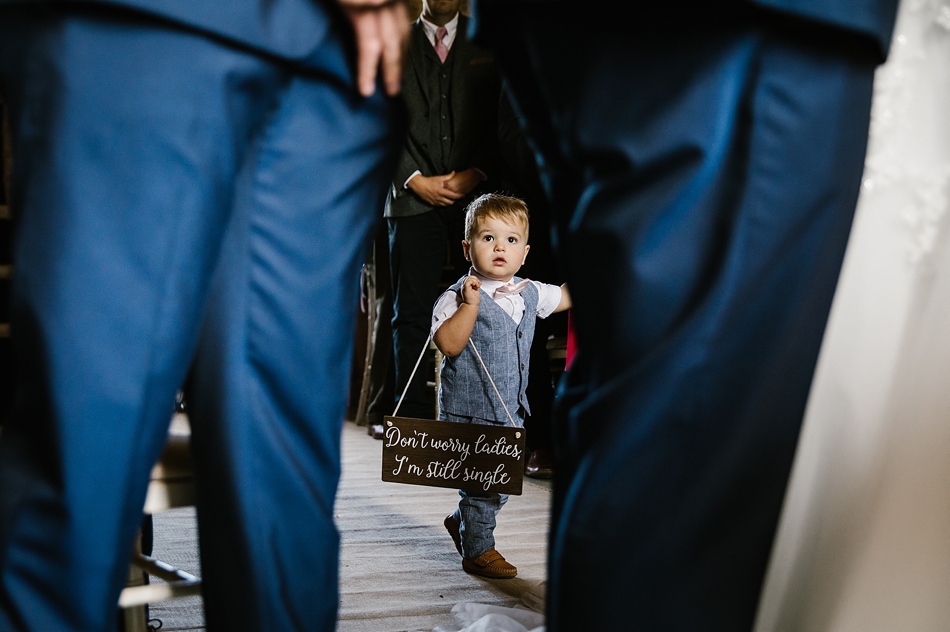 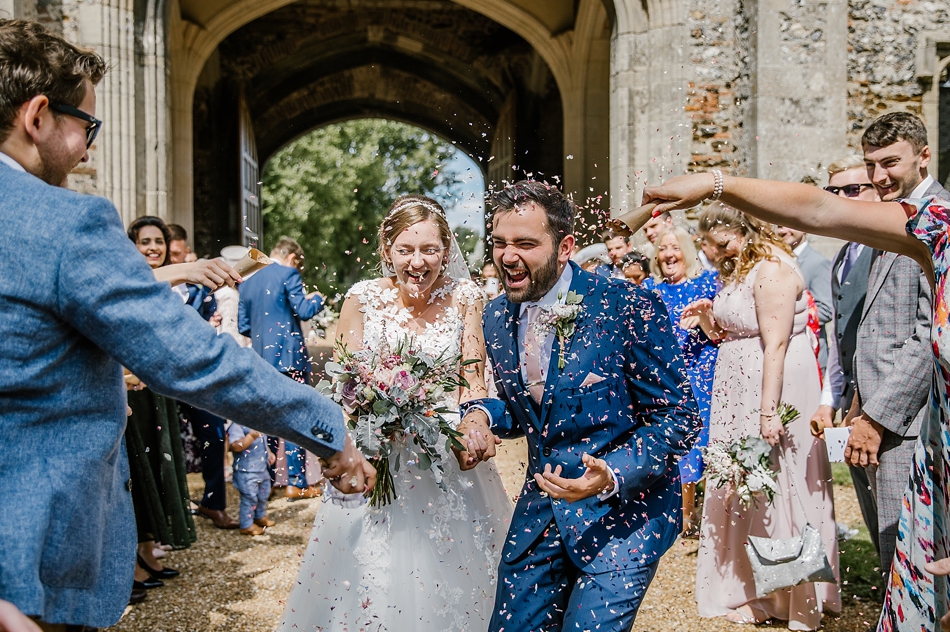 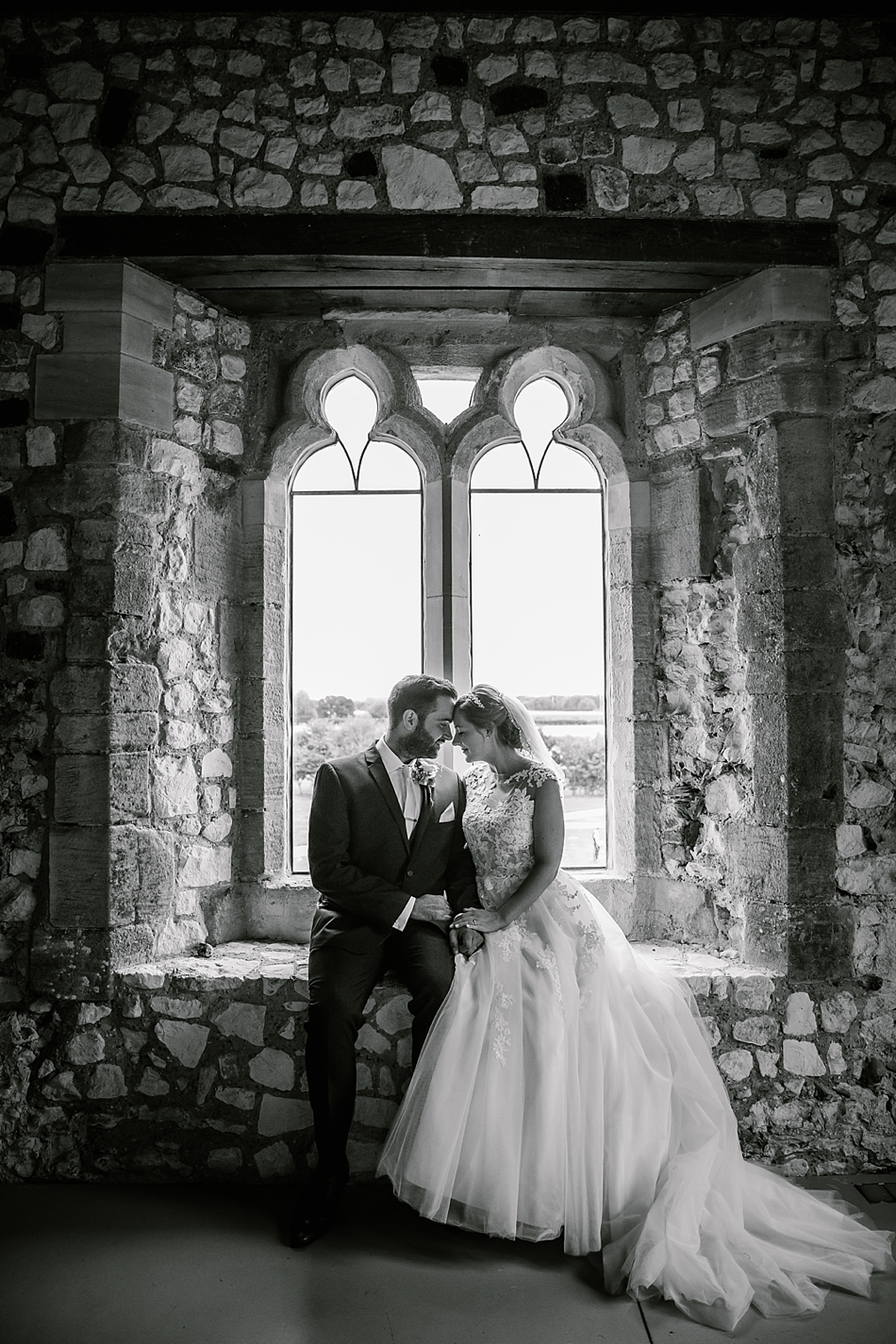